Check out these top five things to do in London in September 2018. As summer draws to a close, enjoy the last of the season’s events from outdoor cinema showings to the splendour of Buckingham Palace’s State Rooms and its 42-acre garden. Music lovers can enjoy the magic of the Last Night of the Proms for BBC’s Proms in the Park on 8th September. And there’s all round entertainment from two festivals this month – one celebrating everything the Thames has to offer, and the other – The UnderBelly Festival – combining comedy, physical theatre, music and circus acts and much more.

Take a look at our top picks for London attractions this September. 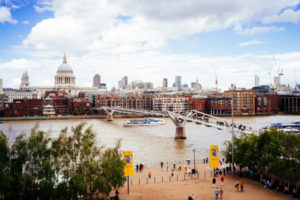 For the whole month of September The Totally Thames Festival brings you events, exhibitions, live performances, and even boat parties all at venues around the famous river. 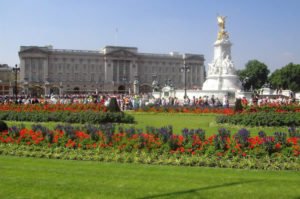 Experience the splendour of the lavishly furnished State Rooms of one of the world’s few remaining working royal palaces, and look out for some of the Royal Collection’s greatest treasures on display. You will see paintings by Rembrandt, Rubens, Vermeer, Poussin, Canaletto and Claude plus sculpture by Canova and Chantrey.

In addition, you can enjoy a special exhibition, arranged every year at Buckingham Palace for the summer opening. This year you can see a special display of more than 100 artworks chosen by HRH Charles, Prince of Wales,  as a celebration of his 70th birthday.

Entry by timed ticket, only available Mon-Fri now in Sep.
Book tickets in advance as they do sell out.
Tickets: adults £24, children £13.50 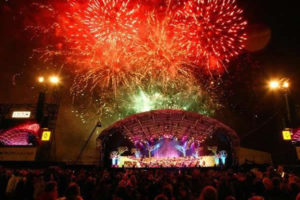 Image courtesy of BBC Proms in the Park

Book early to avoid disappointment. The BBC offer their own picnics which you can pre-order or you can bring your own but do check prohibited items listings. 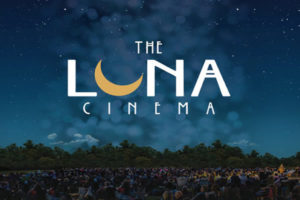 Image courtesy of The Luna Cinema

Catch the last of the summer’s offerings from The Luna Cinema which shows open air films in London at a variety of venues spread round the capital. You can watch films in the magic of an open-air setting in London at Chiswick House, Alexandra Palace and the Geffrye Museum til the end of the season.

Highlights include The Greatest Showman and Cassablanca and Pretty Woman at Chiswick House, The Breakfast Club at Alexandra Palace, Labyrinth and the Shape of Water at the Geffrye Museum and Fantastic Beasts and Where to find them at One New Change, London.

Bring your own picnic or buy food on-site and make summer stretch out through September! 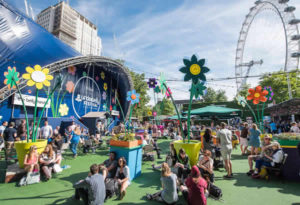 The Underbelly Festival really does offer something for everyone – individuals and families. You can enter the festival grounds and soak up the atmosphere for free while attractions are priced affordably. The Underbelly Festival offers circus, theatre, cabaret, comedy, music and children’s shows all on the south bank of the Thames.

Tickets: from £8.50. Access to the outdoor bars and food stalls located on the Underbelly Festival site is free. Paid-for tickets are required to attend the live shows.

Other things you could do this September in and around London

Stonehenge tour from London – just over two hours from London and you’re in a Neolithic World Heritage Site.
Windsor Castle – just one hour from London, visit on its own or in combination with other destinations – Stonehenge, Bath and more.
Warner Bros Studio Tour London – just an hour away in Watford and a great day out for film buffs and aspiring witches and wizards…
The London Eye – see the beautiful London skyline this September from a great vantage point. Consider upgrading to cut queues and fastrack your experience.
The Tower of London – the iconic site full of history and stories, great for kids and adults alike. Visit between Sep 7-9 and join in a food and drink festival with top chefs in the moat.

Your guide to the best London tours

There are many options when it comes to the best London tours. There’s so much…

Harry Potter attractions in and around London

Harry Potter attractions in London are numerous Warner Bros. did much of their filming in…