Backpacker dormitory rates are highly seasonal. Biggest demand is in the summer months when students are able to travel extensively. However unlike many hotels in London, there is no dramatic price difference between weekends and the working week. You pay more the closer you are to the centre of the city, though because of London's excellent public transport it is no real handicap staying a little way out.

If there are two or three of you, some of the cheap London bed and breakfast hotels can be similarly priced to a hostel dormitory.

Most popular hostels in London   About London hostels

What do you get in hostels in central London? 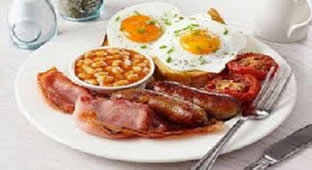 Many of the independent hostels have extras to the more traditional YHA hostels: mixed dormitories, party nights and free walking tours. All hostels generally have young, energetic staff, who can help with bookings and extra activities, trying to add value to the hostel experience.

Curfews are no longer common anywhere and most hostels now have 24-hour desks.

Most hostels have both mixed dormitories and female dormitories. Clearly most of the hostels here are aimed at the youth market. Many London hostels do not allow anyone under 18 to stay in a dormitory, a few have an upper age limit as well, typically 35.

There is also quite a wide divergence in what you get for the nightly dormitory rate. The majority provide linen and a locker (bring your own lock).

Some throw in breakfast, at others you pay for it, but it is generally very affordable. There is nearly always a bar for drinks and snacks.

Most hostels provide free Wi-Fi and laundry and cooking facilities, but there are exceptions.

Our selection of most popular hostels in London 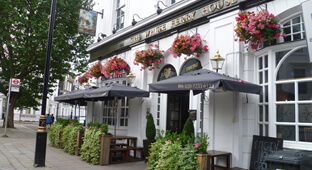 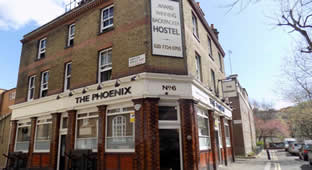 An award-winning hostel, with Madame Tussauds and Paddington Railway Station just a 10-min walk away. You can enjoy the shared lounge and bar to relax in, and check in any time at the 24-hr front desk. Choose from a range of dorm sizes or pay more to get yourself a double room with shared bathroom. Overall, a friendly, relaxing choice for your affordable stay in London. 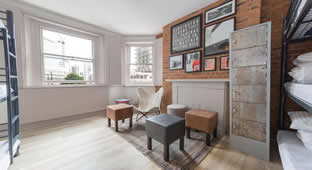 This award-winning hostel has its own traditional English pub, PubLove @ The Greenman, and is located right next door to Edgware Road tube, so fantastic access to central London. The on-site kitchen serves popular burger dishes. It is just a 15-min walk from London’s Hyde Park. Rooms are smartly designed featuring a shared bathroom, free Wi-Fi and in-room security lockers. 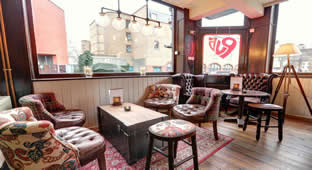 Like its sister pub in Paddington, this is also an award-winning hostel set above a traditional London pub. The location is great - right next to Euston Station, also within a 15-min walk of St Pancras and the Eurostar Terminal, and Kings Cross. Guests can enjoy good burgers at the popular on-site burger kitchen, and even a discount on food at selected times.

With its spacious shared-lounge and kitchen, plus a choice of adult-only dormitories and private rooms, Gallery Hyde Park offers welcoming accommodation in central London. Located just a 1-min walk from the beautiful Hyde Park, it's also just a 3-min walk to the nearest tube. For even better value, a continental breakfast is also included in the room rate. A 24-hour front desk gives you ultimate flexibility and there's plenty of storage for your luggage too. 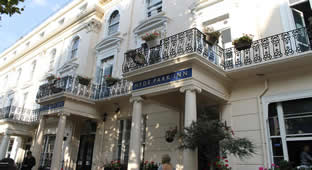 Set in a grand period building, just a 2-min walk from Bayswater tube station, this hostel has large dormitories with brght décor and original features. The common room is a brightly coloured space with comfortable seating and a flat-screen TV. There are plenty of shared bathroom facilities, and guests can use a hairdryer and ironing facilities. There is a spacious shared kitchen and 24-hour front desk. Continental breakfasts are served daily and can be included in the rate. 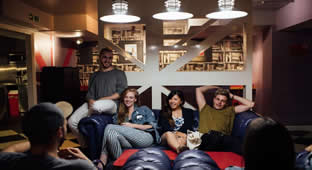 Clink261 is a modern hostel offering both dormitory rooms, private rooms, just a 2-min walk to St Pancras and King's Cross Stations. This welcoming hostel features a 24-hr reception, with friendly and knowledgeable staff,plus a well-equipped communal kitchen and lounge areas to relax and meet fellow travellers. A free walking tour leaves from the hostel every day, and guests have a personal key card to access their room and the front entrance. 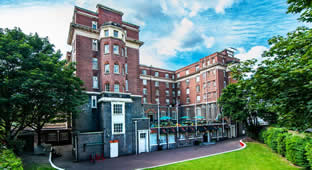 This is a purpose-built hostel located near to Ministry of Sound and a 5-min walk from Elephant & Castle station and shopping centre. With regular live music and club nights, it offers a proper London welcome to travellers with its own café with a selection of fresh homemade style food. You can relax in the hostel's garden, the bar-lounge, games room or library. A full English breakfast can also be booked at reception on arrival. 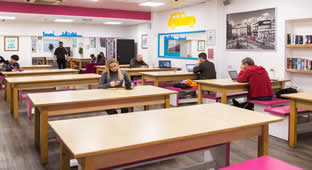 This hostel is just a 10-min walk from King’s Cross Railway Station and the British Library. For convenience there is a supermarket and pubs right around the corner. Mixed-sex dorms come with linen and security lockers; there are shared and en-suite facilities depending on room type. As a guests you can enjoy 24-hr reception, no curfews or lock-out times. There is a common room with a large TV, and guests have use of shared kitchen facilities. A Continental breakfast is available each morning for a surcharge. 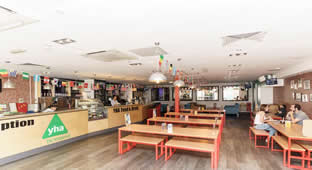 In a top location, just a 6-min walk from Regent’s Park, 5 minutes from nearest tube and within 9 minutes of Oxford Street, this is a high-quality hostel offering comfort and convenience. It has its own café and bar with a range of breakfast and lunch choices for purchase, including croissants, paninis and pasties. There are also computers here for guests to use. There are shared bathroom facilities with showers, which in some dorms are en suite. Private rooms are also available. 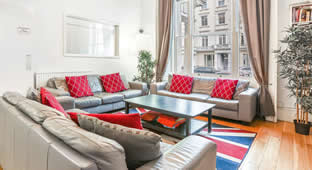 A warm welcome greets you at this hostel for adults only, just a 10-min walk from Victoria train and bus station. Top London attractions are easily reached on foot - Big Ben and Buckingham Palace are a comfortable walk away. You can choose between private or dormitory style rooms with a free continental breakfast and clean bed linen. There is a shared kitchen and living rooms, plus safes, hairdryers and laundry facilities. 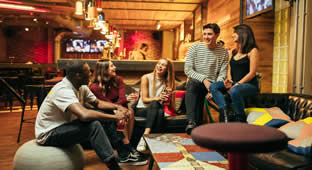 Enjoy a drink in the famous Generator Bar with special deals on meals and drinks every night. The Generator is in an excellent location, right in the heart of London, near Russell Square close to British Museum and walking distance to Leicester Square and Covent Garden. There's plenty of entertainment from free walking tours, to karaoke, a live DJ and free movies. The bar is open to 2am and has drink specials and happy hour every night. An excellent choice of hostel for those who want the best of the London scene. 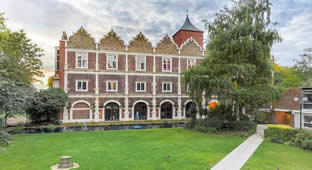 Relax in this hostel in ambient surroudings of a Grade I listed building in West London. There is a large garden with pond and terrace to explore, with great connections with the nearest tube being just a 4-min walk away. For relaxing indoors there is a shared lounge and games room. The world famous Portobello Market and the Westfield London with its designer shops, places to eat and cinema can be reached in less than a 20-min walk. 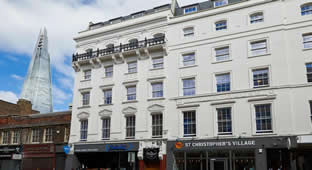 A fun, friendly hostel situated a 5-min walk from London Bridge tube station, this hostel features a roof terrace for relaxing, a bar and a restaurant. It also offers the UK's first private capsule rooms. St Christopher's Inn Village makes a real effort to entertain you with karaoke nights, fancy-dress parties, and music. There is easy access to many London’s attractions, bars, and restaurants. All guests receive a 25% discount in selected restaurants, and special offers on drinks.