In Mayfair and Piccadilly you will find the most exclusive hotels in London with a substantial price premium.

The Mayfair area itself is not particularly convenient for generalist tourists and the very hefty price premium you pay deters most. Along Park Lane that faces Hyde Park, there are some very large flagship hotels from the upmarket chains. Marriott has four properties in this area.

If you enjoy mingling and dining with high society and can live with the prices, this area might be for you.

See our selection of hotels near Mayfair and Piccadilly

About Mayfair and Piccadilly

In the west of the West End is Mayfair, and along its southern edge, Piccadilly. Inside Mayfair, it is relatively quiet and uncommercial. Only along its borders along Piccadilly, Park Lane and Oxford Street will you find commercial activity and large hotels.

The Mayfair district is home to rich individuals, hedge funds, gentlemen’s clubs (of the traditional leather sofas and brandy type) and some of the most exclusive designer shops and restaurants in London. It is also where celebrities and film stars tend to stay.

Unless you are visiting one of the clubs or posh restaurants, as a tourist you will be located a fair way from the main sights.

Along the south border of Mayfair is Piccadilly, a major thoroughfare. Here there are some large hotels, particularly in the vicinity of Green Park Underground. Piccadilly and the streets of it are where you can find some of the most upmarket shopping districts. If you are comfortable with the room rates this is a great place to base yourself in London.

Is Mayfair and Piccadilly the right location for your London stay?

Landmarks and attractions nearby

There's the Royal Academy of Arts - Lord Burlington's spectacular London palace where you catch one of the programme of changing events.

Apsley House in Piccadilly was once the London residence of the first Duke of Wellington; the only property managed by English Heritage in which the original owners' family still live.

Piccadilly Circus attracts big crowds - go at night-time if you can and soak up the atmosphere watching the street artists and enjoy the restaurants, bars and clubs.

If you are on a tight budget, look elsewhere. If you like the area but find the prices prohibitive then the Bloomsbury hotel district, just 10 minutes' walk north-east of Mayfair and Piccadilly is a very good alternative with lower hotel prices.

Room rates in Mayfair and Piccadilly are amongst the most expensive in London. The location offers the most upmarket shopping and leisure facilities and for this you will pay a premium.

The Mayfair and Piccadilly district has no major tourist sights and not particularly good links with London's airports or main transport hubs. 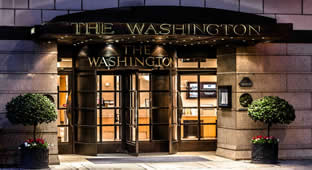 The Washington Mayfair is a luxurious Art Deco style hotel with modern facilities with an award-winning restaurant and state-of-the-art gym. Opulent rooms feature a mini-bar, electronic laptop safe and wall-mounted, plasma flat-screen TV. A good breakfast can be paid for separately or included in the rate. 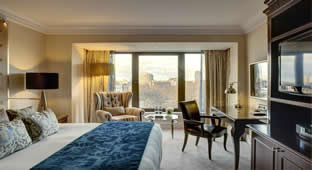 This luxurious hotel is surrounded by the elegant shops of Mayfair and Knightsbridge, and between the two Royal Parks, Hyde Park and St James’s Park. Theo Randall's restaurant has been consistently voted London's finest Italian, while a fine afternoon tea overlooking the Wellington Arch, is also on offer. Guests can unwind in the relaxing Spa InterContinental, with its wide range of treatments, or use the facilities in the gym. 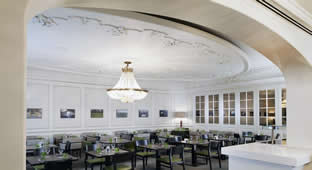 This elegant Holiday Inn is located right by Berkeley Square, with Piccadilly and Regent Street within a few minutes' walk. Rooms are air-conditioned and all feature a TV with satellite channels and pay movies, and minibar. Nightingale's restaurant serves delicious food under spectacular chandeliers, while the bar overlooks Berkeley Street. 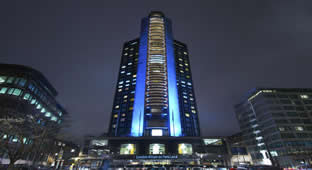 London Hilton on Park Lane is an award-winning, landmark hotel overlooking Hyde Park and backing onto Mayfair. The hotel has its own Michelin-starred restaurant on the 28th floor with commanding views, serving a chocoholic afternoon tea and French haute cuisine. Rooms have marble bathrooms, while some rooms also have balconies. Executive rooms and suites are available and there is a fitness suite with sauna. 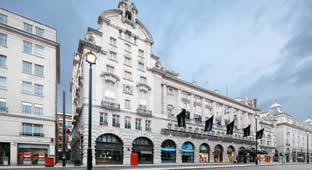 This hotel features fabulous views of Piccadilly Circus; its star feature is its stunning indoor swimming pool. You can enjoy locally sourced meat and fish at the Terrace Grill & Bar and a signature cocktail Gin & Tonic Afternoon Tea from the bar. A state-of-the-art wellness centre offers massages and a hot tub. Luxurious rooms feature in-room movies and you can enjoy 24-hr room service. 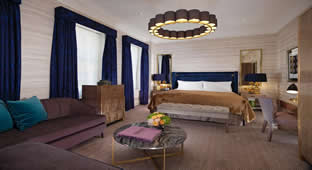 Flemings is one of London’s original hotels, dating from 1851, converted from 13 Georgian town-houses. It has recently undergone a multi-million-pound refurbishment, with a lot of the period 18th-century detail reinstated. The hotel restaurant is overseen by Michelin star chef Shaun Rankin. You can enjoy afternoon tea in the drawing room or make use of the complimentary gym. 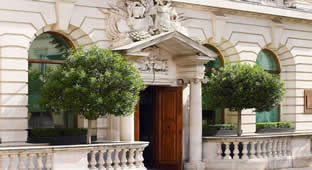 This hotel in a grade II listed building offers one of the finest addresses close to Trafalgar Square, Piccadilly Circus & St James's Park. The hotel has been consistently rated as one of the best in London and combines traditional British design with a contemporary French edge. Enjoy French cuisine at the Balcon, an elegant French Brasserie, or a champagne cocktail from St James Bar. There is also a spa and wellness centre offering treatments for the ultimate in relaxation. 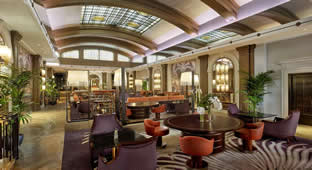 Sheraton Grand Park Lane overlooks Green Park, in the heart of Mayfair - a superb location in central London. The restaurant offers elegant all-day Italian dining in the impressive restaurant, and you can enjoy expertly crafted cocktails. English afternoon tea is served at Palm Court. There is a modern fitness centre, while the rooms feature an elegant art deco design with original fireplaces and marble bathrooms in some.