Staying in Waterloo or County Hall is an excellent choice. First-time visitors to the area are compelled to visit the major attractions of the Houses of Parliament, Big Ben and Westminster Abbey, all a simple walk across Westminster Bridge away.

Next door to County Hall is the London Eye. Originally put up for the Year 2,000 celebrations as a temporary attraction, its incredible popularity has meant it is now a permanent attraction. The views from the London Eye across the London cityscape are breath-taking.

Location   Hotels   Attractions   Getting to and around Waterloo 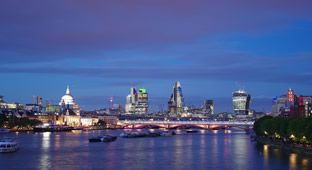 All along the South Bank of the River Thames, the area is being developed with tourism in mind. In the last decade, as well as the London Eye, the Shakespeare's Globe Theatre and the Tate Modern Art Gallery are examples of leisure developments that have since become major attractions in London.

With increasing numbers of visitors, there has also been an influx of restaurants and bars, with many of the developments being delivered with some style. It is easy to see that the area is an up and coming one, especially for tourism. The Waterloo and County Hall area is often used as a base to explore from but on its doorstep are attractions that many other visitors flock to.

As well as being on the doorstep of many of London's A list of tourist attractions it’s also a good base for sightseeing tours. The popular hop on, hop off sightseeing buses all stop at County Hall (for the London Eye).

What to do in Waterloo

Although it's excellent for sightseeing in the day, it’s not the liveliest in the evening.

Waterloo is a great place to come for taking photographs of the attractions lit up and the river cityscapes but other than restaurants and bars there is not much here to entertain you.

A quiet walk along the River Thames is something that many enjoy, an opportunity to get away from the frantic energy of the West End. It is however very close to the West End which can be walked to or is a just a quick Underground journey away.

The Southbank Centre, just a few minutes' walk from Waterloo Station, and right by the River Thames, hosts a popular food market Fridays to Mondays, offers a fantastic range of street food as well as fresh produce to take home.

In addition, this area has many individual cafes, with a range of menus and great views over the river.

As you get closer to Waterloo Station most food outlets are more convenience styled, geared to the needs of the commuters using the station looking for food on the go.

The London Eye, London Dungeon, London Aquarium, Big Ben and the Houses of Parliament and Westminster Abbey are all near to one another.

It’s a short walk into Trafalgar Square and the museums and galleries. Walking down the south bank, you can visit the South Bank Centre and Royal Festival Hall, Tate Modern and Tower Bridge.

There are various Underground stations that you can use to access the rest of Central London’s attractions, all within 20-min journey. 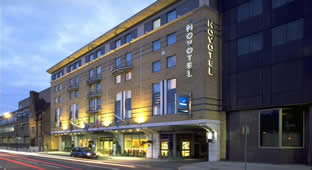 As a weekend break the value and location are excellent and even outside those times, you may find the location and practical transport links to be a major draw.

The area around Waterloo and County Hall is mainly filled with chain hotels, typically of 3, 4 or 5-star quality. There are however some lower budget hostels and hotels to be found. It is worth knowing that the area is popular during the week with business people who work mainly for the government, as their offices are all situated in this area. This means prices are actually higher during the week than at the weekend, something that is rare in London. The leisure traveller can often find bargains at weekends and during August or Christmas holidays when the business side of the city has a break.

The chain hotels do offer good value though, especially at weekends and the location is hard to beat so the small premium over other locations further away from the centre of London might be worth paying.

Getting around London from Waterloo and County Hall 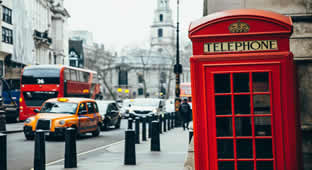 One of the strengths of the County Hall and Waterloo area is its central location for tourists. You should be able to get to most places you want to see in Central London within 20 minutes using the Underground. A lot of them will actually be within walking distance.

The London Eye has a river pier and there is another, Westminster Pier on the other side of Westminster Bridge. Many scheduled boats leave throughout the day along the river, the most popular destination being the Tower of London. But you can go as far as Greenwich eastwards all year and in the summer months as far as Hampton Court, a trip of several hours.

Using London Underground to get to County Hall and Waterloo

Most visitors should purchase an Oyster Card or Travelcard. The most convenient places in the area to buy one from is the ticket offices of the Underground Stations. The railways 2 for 1 admissionpromotion can also be taken advantage of by buying Travelcards at the railway ticket office of Waterloo Station.

The London Underground offers a service with all lines running every couple of minutes between about 5.30am and midnight, but some lines also operate through the nightime at the weekend. If night travel is important to you, you can check out which trains offer a nightime service through Waterloo and Westminster.

If you are a night owl and there is no underground service to suit your times, there are quite good night bus routes across Westminster Bridge that will get you to wherever you want to go in Central London.

If you are setting out to explore London during the week and find yourself in Waterloo station during the rush hour, you will soon realise that Waterloo Station is a commuter station and is London's busiest railway. Trying to board the Underground at Waterloo in the morning or evening rush hour is about as bad as it gets regards crowding on the platforms. If possible, we’d recommend walking to an alternative at these times.

A popular option for visitors to get orientated with London is to use the hop on, hop off tour buses. There are two major operators, Toot Bus and Big Bus. Both of these have a major stop at County Hall for the London Eye.